In an effort to better understand the steric impact of sterically bulky heterocyclic thioureas on group 11 transition metals, we began a study with 1-(2,6-xylyl)-2-imidazolidinethione. Reaction of 1-(2,6-xylyl)-2- imidazolidinethione (L) with chloroauric acid (HAuCl4) affords the cationic complex, [bis(1-(2,6-xylyl)-2-imidazolidinethione)gold(I)] chloride, [L2Au(I)] Cl [1], while reaction of L with either copper (II) bromide or chloride (CuBr2 and CuCl2) under similar conditions yields isostructural, trigonal planar, bis(1-(2,6-xylyl)-2-imidazolidinethione copper(I) halide complexes, (L2CuX; X=Br=2; X=Cl=3). Complex 1 crystallizes in the orthorhombic unit cell (Pbcn space group) and the crystal structure displays an essentially linear, twocoordinate gold atom [S(1)−Au−S(1?) bond angle=171.79(7)°] with the N−H groups of the ligand participating in intermolecular hydrogen bonds with the chloride anion. Compounds 2 and 3 are both isostructural and isomorphic, crystallizing in the primitive monoclinic cell in the P21/c space group with nearly identical unit cell dimensions. The crystal structures of 2 and 3 display a trigonal planar three coordinate copper atom with the ligands held in a “syn-periplanar” type conformation with respect to the C(N-aryl)−S...S−C(N-aryl) dihedral plane (13.149(9)? for 2 and 17.45(19)? for 3). Both N−H groups participate in intramolecular hydrogen bonding with each respective halogen in 2 and 3. All complexes were characterized by 1H and 13C NMR spectroscopy and IR spectroscopy, elemental analysis and single crystal X-ray crystallography.

Heterocyclic thioureas have been the subject of exploration for several sectors of chemistry. Arguably, their most significant impact has been in the development of carbene chemistry, wherein reduction of thioureas with potassium metal affords a number of N-heterocyclic carbene ligands [1]. Heterocyclic thiourea ligands are ambidentate, monodentate donors, which can display thionethiol tautomerism via electron delocalization of the thioamide functional group. Despite their multiple bonding modes (η1/μ2- thione or σ-thiolate or κ2-N,S bonding) [2], the electron density of the S=C(N2) HOMO largely resides on the sulfur atom, resulting in primarily sulfur coordination to metals [3]. However, harder metals such zinc (II) have shown some preference for η1–N coordination [4]. Given that heterocyclic thiourea ligands were once avoided in transition metal-catalyzed applications and even considered a catalyst poison, it is notable that they have recently been used to prepare remarkably stable palladium complexes for applications in catalytic Heck cross coupling reactions [5,6]. Heterocyclic thiourea ligands have also contributed to the development of group 11 transition metal coordination [2], medicinal [7,8] and reaction chemistry. Our recent investigations into the bonding and properties of methimazole on gold led to the discovery of a cationic tetrakis(methimazole)gold(III) complex [9]. The coordination chemistry of heterocyclic thiourea ligands on the group 11 elements have largely been focused on those possessing small N-alkyl substituents (methyl, propyl, isopropyl, ethyl) [4,10-13]. It was surprising that the rich and developed group 11–heterocyclic thione chemistry lacked sterically bulky N-substituents such as substituted phenyl groups. In an effort to better understand the steric impact of bulky heterocyclic thioureas on group 11 transition metals, we began a study of the coordination chemistry of 1-(2,6-xylyl)-2-imidazolidinethione on copper and gold. Herein, we discuss the bonding, structure and spectroscopy of bis(1-(2,6-xylyl)-2-imidazolidinethione)gold(I) and copper(I) compounds. Notably, these compounds represent some of the most sterically encumbered heterocyclic thiourea gold and copper compounds currently known.

1-(2,6-xylyl)-2-imidazolidinethione (L) was prepared in a twostep synthesis in 63% overall yield, applying modified literature procedures for N-aryl-1,2-ethanediamines and their conversion with carbon disulfide (Equation 1) [14-16]. Ligand (L) has been described before and characterized by its elemental CHN analysis data. We report herein its full characterization (see Experimental Section).

The diastereotopic CH2 groups of the heterocyclic ring in 1 appear as two sets of second-order ddd (2JH-H=1, 3J(cis)H-H=2 Hz, 3J(trans) H-H=7 Hz) at 4.02 ppm and 3.88 ppm in its 1H NMR spectrum. A characteristic low field resonance between 8-10 ppm attributed to an N−H group was not observed in the 1H NMR spectrum due to possible proton-deuterium exchange with CD3OD caused by the acidity of the N–H group (5-11 pKa) [4]. Moreover, the N–H stretch in the infrared spectrum appears as a broad, ill-defined stretch (2750-3250 cm-1) and is partially obscured by the aliphatic C–H stretches. The lack of an N–H resonance in the 1H NMR and the obscured N–H infrared stretch of 1 suggests that the ligands are bound to the metal via a thiolate bonding mode and implying S–Au σ-bonds. In contrast, we suggest, based on previously reported Au–S and S=C bond distances for similar compounds (vide infra), that the ligands in 1 are bound to gold as a thione with mere S–Au η-bonds.

The 1H NMR resonances of the copper complexes 2 and 3 are broader and ill-defined when compared to those of complex 1. For example, in 2 the diastereotopic CH2 groups appear as a single broad multiplet at 3.93 ppm; however, in 3 two broad multiplets are observed for the CH2 groups [4.12-4.44 ppm, 3.89-4.11 ppm] and the aromatic resonances coalesce into a large broad singlet at 7.13 ppm (see Supporting Information). In both cases, an obvious broad NH resonance is observed far down field (2=8.64 ppm; 3=8.70 ppm). In addition, the infrared spectra of 2 and 3 clearly show the characteristic N–H stretch (2=3234 cm-1, 3=3205 cm-1). These observations are likely a consequence of the more acute bond angles around the Cu atom and hydrogen bonding interactions between the H−N unit of the ligand and respective halide (vide infra), which hinder free rotation of the ligand along the S–Cu bond at a rate slower than the NMR timescale.

Single crystal X-ray analysis reveals that complex 1 crystallizes in the orthorhombic unit cell (Pbcn space group) with an essentially linear coordination sphere around the two-coordinate gold atom [S(1)−Au−S(1') bond angle=171.79(7)°] (Figure 1). The heterocyclic thiourea ligands are crystallographically equivalent, thus the asymmetric unit represents only one-half of the molecule [Symmetry operation=-X+1, Y, -Z+1/2+1]. Unlike carbonyls, which have distinctive C=O stretches in the infrared spectrum (1650– 1850 cm-1), it is more difficult to distinguish a metal coordinated S–C stretch from an S=C stretch by infrared spectroscopy due to their nearly identical stretching frequencies (500-600 cm-1) and complexity of the fingerprint region. While several articles have reported thione M−S=C (M=Metal) stretches in the 500-600 cm-1 range [17,18], it is customary to observe the C=S stretch of the free ligand in the region of 1100-1160 cm-1 [19]. In an effort to determine a correlation between bond distance and bond order, a collection of S−Au, S−C, and S=C bond distances reported for thione and thiolate gold complexes were compiled [Table 1 (thione) and 2 (thiolate)]. We have also included the structures of the ligands associated with each complex in Figure 2. The S−Au bond distances for purported thione−gold complexes range from 2.25-2.357 Å (2.299 Å avg.), whereas the S−Au bond distances for purported thiolate−gold complexes varies from 2.279−2.409 Å with an average bond distance of 2.334 Å. Surprisingly, the S− Au σ-bond distances of gold-thiolate complexes are statistically longer than their dative-bound thione congeners. This suggests the metal-to-sulfur π-back bonding is more prevalent in the thione-gold complexes, attributed to the presence of the C=S π-bond. Indeed, the Au(1)−S(1) bond length in 1 (2.2952(15) Å) most closely aligns with those of gold−thione complexes. However, we recently reported a tetrakis-(methimazole) gold(I) complex with substantially longer Au−S bond distances (2.346(3) Å and 2.357(3) Å) [9]. Data from Tables 1 and 2 show, unsurprisingly, that the range of S=C bond distances [1.67-1.728 (1.716 avg.)] of gold-thione complexes are shorter than the S−C bond distances of gold-thiolate complexes [1.709-1.770 (1.730 avg.)]. Again, the S=C bond in 1 fits well with other reported gold−thione complexes. The chloride anion in 1 is separated from the gold cation by 3.295(3) Å. The bulkiness of the xylyl ligand in 1 precludes a nearly anti-periplanar C−S· · ·S−C dihedral angle (108.8 (5)°) as reported for the bis(imidazolidine-2-thione) and bis(methyl-imidazolidine-2-thione) gold(I) complexes (-174.0(2)° and -167.5(1)°, respectively) [20]. Instead, the two heterocyclic ring planes assume a dihedral angle of -78.6(4)° with respect to each other and each is nearly orthogonal to their aryl ring plane (85.7 (2)°). These manifestations are most likely influenced by the intermolecular hydrogen bonding interaction between the N−H donor and chloride anion acceptor (3.189(4) Å). Units of 1 pack centrosymmetrically into the unit cell with the gold atoms sitting on the edges of the b-c plane (Figure 3), and there are no close “aurophilic” Au−Au bond distances (Au−Au metallic bond distance=2.884 Å) [21]. Figure 3: Unit cell contents of 1 viewed down the c-axis showing the gold atoms resting on the b-c plane. Reaction of 1-(2,6-xylyl)-2-imidazolidinethione with H[AuCl4], CuBr2 or CuCl2 resulted in the reduction of the transition metals and formation of the respective bis(1-(2,6-xylyl)-2- imidazolidinethione) Au(I) or Cu(I) halide complexes. While both group 11 metals in 1-3, Au and Cu, assume a +1 oxidation state, compound 1 exists as a cationic, two-coordinate Au complex, whereas the isostructural and isomorphic copper complexes 2 and 3 are neutral and three-coordinate with intact Cu−X bonds. The differences in coordination environments of 1 versus 2 and 3 are likely due to the softer Lewis acid properties of Au(I) as compared to Cu(I). The structures of all three complexes indicate hydrogen bonding between the N− H group of the thiourea ligand and halide. While the coordination mode of these complexes mimic those previously reported, the steric bulk of the ligand in the copper complexes appears to inhibit its free rotation along the Cu−S bond. These compounds are the first substituted N-Aryl heterocyclic thioureas coordinated to Au(I) and Cu(I) and adds some sterically encumber complexes to the well-developed group 11–heterocyclic thiourea coordination chemistry.

All commercially available chemicals were purchased and used as received without further purifications. Bis(1-(2,6-xylyl)- 2-imidazolidinethione was prepared by literature methods [14-16]. Infrared spectra were recorded with a Perkin Elmer Spectrum-100 FTIR as thin-films on NaBr plates for liquids or ATR methods for solids, or a Thermo-Nicolet IS10 FTIR using ATR for liquids and solids. 1H NMR spectra were recorded on a JEOL JNMECP300 FT 300 MHz NMR or an Agilent 400 MHz NMR system. All 1H and 13C{1H} NMR spectra are referenced against residual proton signals (1H NMR) or the 13C resonances of the deuterated solvent (13C{1H} NMR) and chemical shifts are recorded in ppm (δ). Coupling constants (JHH values) are reported in Hz. Elemental analyses were performed at Atlantic Microlab, Inc., Norcross, GA. X-ray diffraction measurements were made on a Rigaku XtaLAB mini diffractometer.

A crystal was placed on the tip of a Mitigen micromount and X-ray intensity data were measured at low temperature (173(2) K) with graphite monochromated Mo Kα radiation (λ=0.71075 A°). Preliminary sets of cell constants were calculated from reflections harvested from one set of 12 images with frame times of 30 s. A randomly oriented region of reciprocal space was surveyed to the extent of one sphere and to a resolution of 0.77 A°. Three major sections of frames were collected with 1.0 steps in ω at three different ? settings. The intensity data were corrected for absorption and decay. Final cell constants were calculated from the strong reflections of xyz centroids from the actual data collection after integration. The structure was solved and refined using the Crystal Structure software package using default SHELXL-97 [29] or Olex2. A direct-methods solution was calculated that provided most of the non-hydrogen atoms from the E-map. Full-matrix leastsquares/ difference Fourier cycles were performed that located the remaining non-hydrogen atoms. All non-hydrogen atoms were refined with anisotropic displacement parameters. Most of the hydrogen atoms were placed in ideal positions and refined as riding atoms with relative isotropic displacement. The final refinement cycles led to R1=X and wR2=X.

BQ would like to acknowledge the American Chemical Society Petroleum Research Fund for support or partial support of this research (PRF# 53848-UNI3). HJS would also like to acknowledge the SEED funding program at Georgia Southern for financial support. The authors would also like to thank Armstrong State University and Georgia Southern University for their support. 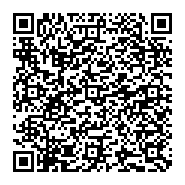