Non-covalent interactions plays a very important role in molecular self-assembly and are very important aspect of supra-molecular chemistry [1,2]. In recent years, weak interactions involving organic fluorine have garnered significant attention due to its unique properties such as high electronegativity and small size [3,4]. It was previously believed that organic fluorine cannot participate in formation of hydrogen bond [5] but it has been now firmly established that fluorine can form highly directional and stabilized hydrogen bonds [6,7]. Apart from hydrogen bonds, fluorine can also participate in the formation of F···π interaction also where the lp of the fluorine interact with π-rings [8]. F···π interactions has been observed to play an important role in molecular crystals and hence it is of interest to quantitatively investigate the nature and characteristics of F···π interactions [9-12]. In this study, we have quantitatively investigate the role of C-F···π interactions in the crystal structure of 4-(2-(((6-(trifluoromethyl)pyridin-2-yl) oxy)methyl)phenyl)-1,2-dihydro-3H-pyrazol-3-one (1). The aim of this study was to evaluate the strength of the F···π interaction and their contribution towards molecular packing. Topological analysis was also performed in order to evaluate the magnitude of the electron density (ρ) and Laplacian (∇2ρ) at the bond critical point of the interacting atoms.

The present compound [4-[2-({[6-(trifluoromethyl)pyridin- 2-yl]oxy}methyl)phenyl]-1,2-dihydro-3H-pyrazol-3-one] was synthesized by the process of reductive cyclization, using 0.367 gm, 0.001 mol of (2E)-3-methoxy-2-[2-({[6-(trifluoromethyl)pyridin-2- yl]oxy}methyl)phenyl]prop-2-enehydrazide, which is dissolved in 10 ml of methanol along with 2 drops of conc.H2SO4 (Scheme 1). The reaction mixture was refluxed for 6 h at 800C temperature and cooled to separate out the final product. The final product is again re-crystallized by dissolving in ethanol and by the process of slow evaporation needle shaped white transparent crystals of the product were obtained. The cyclization of hydrazide is a wellknown process and has been utilized extensively for synthesizing a variety of pyrazol derivatives [13,14].

Lattice energy and intermolecular interaction energies partitioned into coulombic (Ecoul), polarization (Epol), dispersion (Edisp), and repulsion energy (Erep) terms were evaluated using the PIXEL method present in the CLP module [23] which has been utilized in several similar studies. Crystal Explorer (version 17.5) software was also utilized for mapping 2D fingerprint plots [24] which helped in evaluating the contribution of different intermolecular interactions present in a molecule in the crystalline environment. Topological analysis was performed at B3LYP/6-311G** level of theory by using AIMALL software [25] which is based on Bader’s Quantum Theory of Atoms in Molecules [26]. For the purpose of quantitative analysis, fluorine atoms with major occupancy were considered for our calculations.

Figure 1 shows the ORTEP of the title molecule which crystallizes in monoclinic P21/c space group with Z=8. One of the molecules present in the asymmetric unit consisted of a disordered CF3 group, with the occupancy of the major: minor orientation being in the ratio of 0.57:0.43. The lattice energy of 1 was calculated to be -190.3 kJ/mol with dispersion being the largest contributor towards the stabilization (~42%) followed by stabilization from coulombic (~40%) and polarization (~18%) contribution (Table 2). Analysis of the crystal structure reveals that there are five different molecular motifs which are involved the formation of C-F···π interactions (Figure 2; Table 3). The interaction energies in these motifs ranged from -25.1 kJ/mol to -3.7 kJ/mol with dispersion being the largest contributor towards the stabilization (Table 3). The C-F···π(C) distance in these motifs were in the range of 2.93-3.77 Å while the C-F···π(C) directionality is in the range of 108-142°. It is important to note that in case of motif I, II and III that the total stabilization energy was significantly larger as compared to the other two motifs due to the presence of hydrogen bonds in addition to the F···π interaction which provided additional stability to the respective motifs (Table 3). 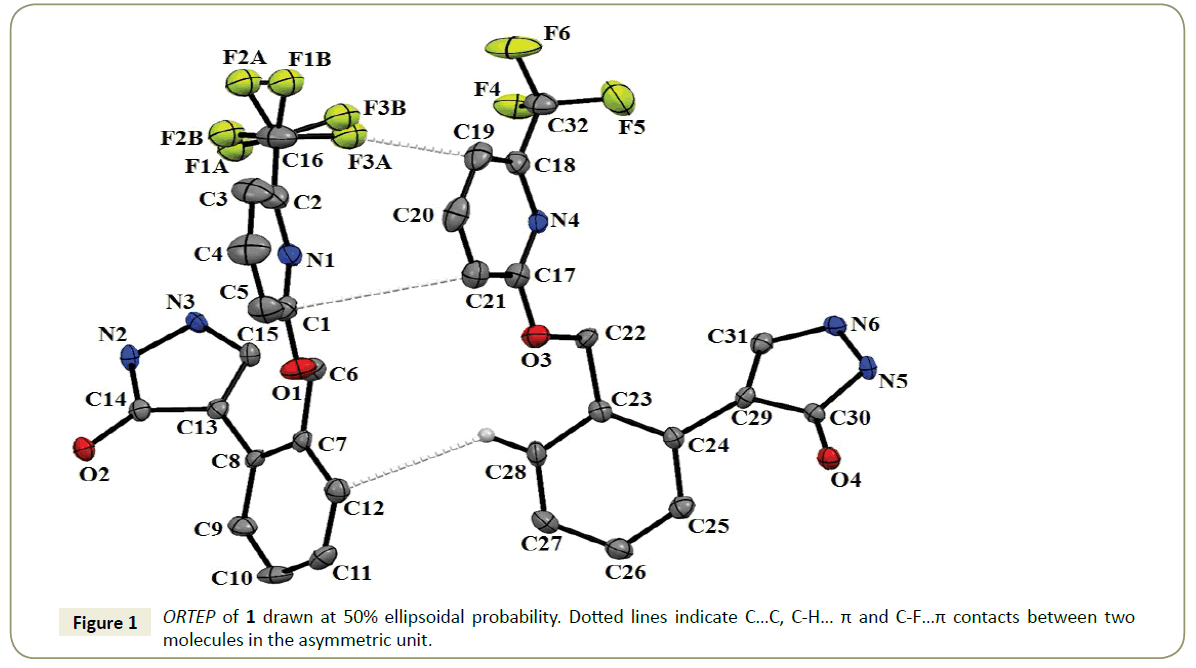 Table 3: List of molecular motifs consisting of C-F···π interactions along with interaction energies and geometrical parameters.

The presence of the F···π(C) interactions in the above discussed motifs was further confirmed by a topological analysis due to the presence of a bond critical point between the interacting fluorine and the carbon atom of the π-ring (Figure 2). The F…C bond path length in these ranged from 2.937Å to 3.916 Å. It is important to note that while the magnitude of the bond path length was similar to that of bond length; their origin and physical significance were different. The magnitude of ρ ranged from 0.013-0.055 e/ Å3 while the magnitude of ∇2ρ ranged from 0.199-0.797 e/Å5 (Table 4). In general, the magnitude of both ρ and ∇2ρ decreases with increasing value of BPL. The low value of ρ accompanied by positive value of Laplacian confirms F···C(π) interactions to be a case of closed-shell interactions. The Hirshfeld fingerprint plot also shows that F···C(π) interactions had 9.3% contribution towards the molecular packing and establish that F···π interaction indeed plays a very important role in the crystal packing of the title compound (Figure 3). 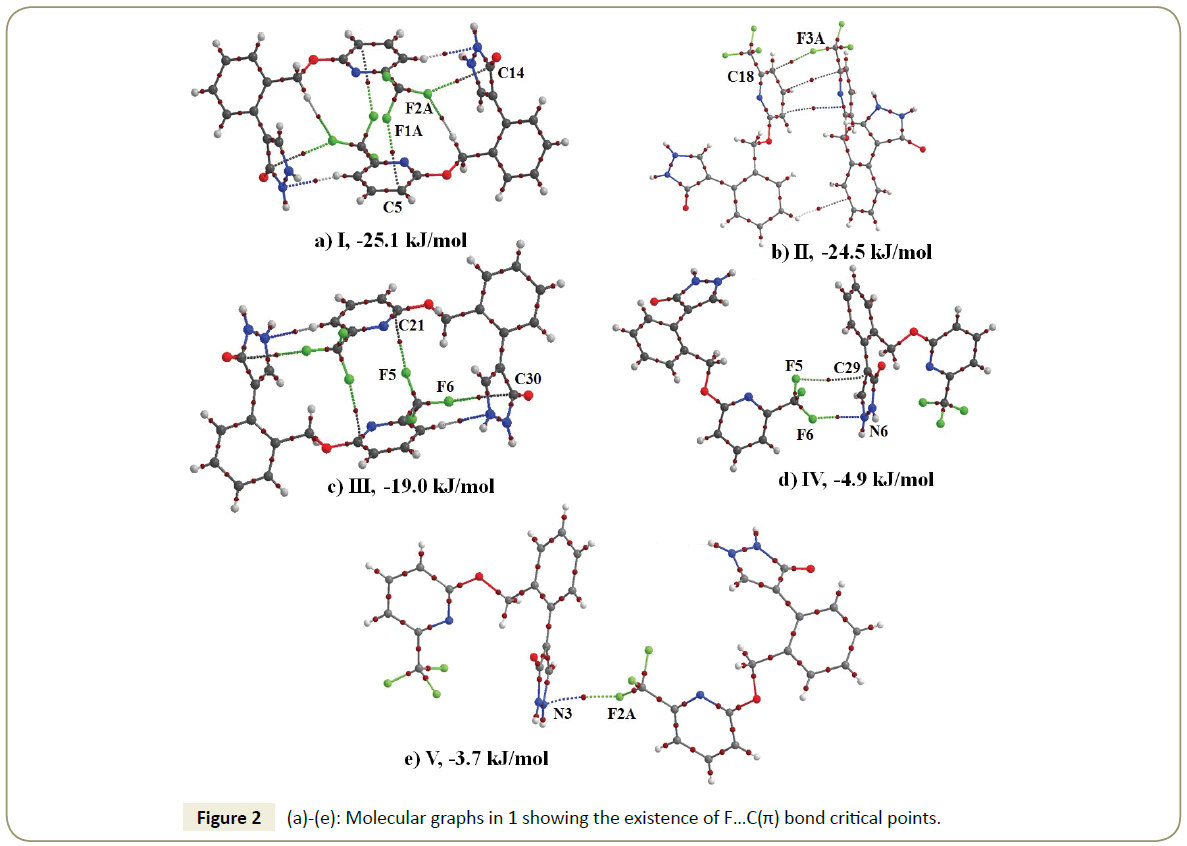 Figure 3: 2D Fingerprint plot for 1 a) Overall b) F…C interaction.

In this study, we have quantitatively investigated the role of C-F…π(C) interactions in the crystal structure of 4-(2-(((6-(trifluoromethyl)pyridin-2-yl)oxy)methyl)phenyl)-1,2- dihydro-3H-pyrazol-3-one. It was evident that both dispersion and coulombic energy components had significant contribution towards the crystal lattice. Calculations on the interaction energy reveal that the motifs consisting of C-F…π interactions were attractive in nature with dispersion being the dominant contributor towards stabilization. Topological calculations further confirmed the existence of these weak interactions. Future study will be focussed on analysing the interplay between C-F…π and other non-covalent interactions, such as hydrogen bonds, present in the crystal structure of related molecules and their subsequent role in formation of the 3D molecular packing.

RS thanks DST for INSPIRE-PhD Fellowship. DC thanks IISER Bhopal for infrastructural and research facilities.